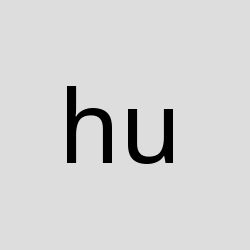 We have selected 10 must-see attractions in Sarawak to explore the scenery of Kuching City🐱, enjoy the natural beauty of National Parks🏞️ and Caves, observe Orang Utan🐵 in wildlife conservation centers, and experience local culture🥰 in cultural villages. Let’s come to Sarawak to experience the unique travel! Welcome to East Malaysia~🥳 Kuching is the capital of Sarawak and is also known as the 'Land of the Hornbills', the Largest city in East Malaysia. Kuching means "cat" in Malay and the city's mascot and symbol is a BIG WHITE CAT.😺Kuching also has many souvenirs to buy such as wood carvings, ‘Pua Kumbu’, pepper products, bird's nests etc. Jong's Crocodile Farm 🐊 is the first and largest crocodile farm in Malaysia. It is also the world-famous "return to the wild" crocodile farm, attracting many foreign TV stations to film. In addition to crocodiles, there are other characteristic small animals such as pythons, civets, deer, monkeys and so on. There are also museums, aquariums, and an international crocodile exhibition centre in the park. Visitors can also watch the powerful crocodile jumping and feeding show (11 am & 3 pm), which is quite exciting and shocking. Fairy Cave in Bau is an impressive nature reserve about 40 minutes from Kuching. It is located in Krokong, Bau. It is just beside Wind Cave, which combined, creates the Wind Cave and Fairy Cave Nature Reserve. The cave is said to be over 1,000,000 years old and it has seen a few renovations on how the public can access the cave. Semenggoh is actually a nature reserve in Sarawak, where Semenggoh Nature Reserve stands for, which is responsible for local wildlife conservation. It is also the shelter of some apes (also known as Orang Utans), who will be sent to the center if they are rescued after losing their female animals or being in distress. 💡The resort has amazing views🖼 and well-equipped rooms🏠. Each room is equipped with luxurious bedding🛏 and a private balcony, which can enjoy the picturesque scenery. Enjoy the beauty of life❤ in the natural environment of tropical rainforest🌳 🎇The rooms🏠 here are scattered in the rainforest garden, and each room has a private balcony, air conditioning❄ and private bathroom🛏. You can enjoy the sunshine🌞 and relax here, and enjoy the mystery of nature✨

🎈In addition, you can also explore one of the natural wonders of Sarawak-The Mulu Caves🏞 ⭐Deep in the tropical rainforest of Sarawak, along with an unbroken 40 Km band of limestone peaks, lie one of the earth's natural wonders – The Mulu Caves, Hidden away on the face of steep mountains rising to 1,500m, rivers suddenly disappear into these caves. A mysterious, magical world whose interior simply ripples with exciting discoveries.

The environment of the Camp 5 is actually quite OK~ There is a kitchen, a mini-market, toilet and shower room~ At night here, you can hear the sounds of nature, making you listen to the sound of running water and slowly enter the dreamland~

#travel #sarawak #travelog
Have travel deals to offer? Sell with Us
Inspirational Offers

Exclusive prices and exceptional discounts of up to 70%

Our Experts are here to help you

A reliable and responsive customer service